We pulled into Florida Caverns State Park at dusk, checked in at the gate and drove a couple more miles to the campground. Great, we need to set up camp in the dark. I turned on my flashlight and guided Herb as he backed the trailer close to the hookups. Now it was dark, very dark.  There were few lights or campfires in the area. After all, it was a Wednesday in December, with temperatures expected to dip into the forties that night.  The distant sound of dogs barking added to my apprehension.

Fortunately, we brought an extra light which Herb attached to the side of the trailer. He could see well enough to unhitch and level the Viking. We were tired after six hours of driving from Orlando to Marianna, located in the Florida panhandle. Our mission: experience the only caves which exist in Florida.

That’s right, there are caves in Florida. Millions of years ago Florida was submerged under saltwater. During that time shells, corals, and sediments accumulated on the sea floor. As the sea retreated, all of these materials hardened into limestone. Groundwater eventually dissolved crevices in the rock and shazaam! Caves were born.

Our first night in the park was eventful. Herb stepped in dog poop in the dark. By the way, it wasn’t Buddy’s. Later, I forgot to turn on the overhead stove fan when I cooked dinner and set off the smoke alarm. Buddy responded with a panic attack and tried to run out the open trailer door. After everything calmed down, and Herb left his shoes outside, we relaxed in our warm trailer with a hot meal.

The next morning Herb gave Buddy some anti-anxiety medication, and made him comfortable inside the trailer. We met a guide at the mouth of the caverns for a tour. 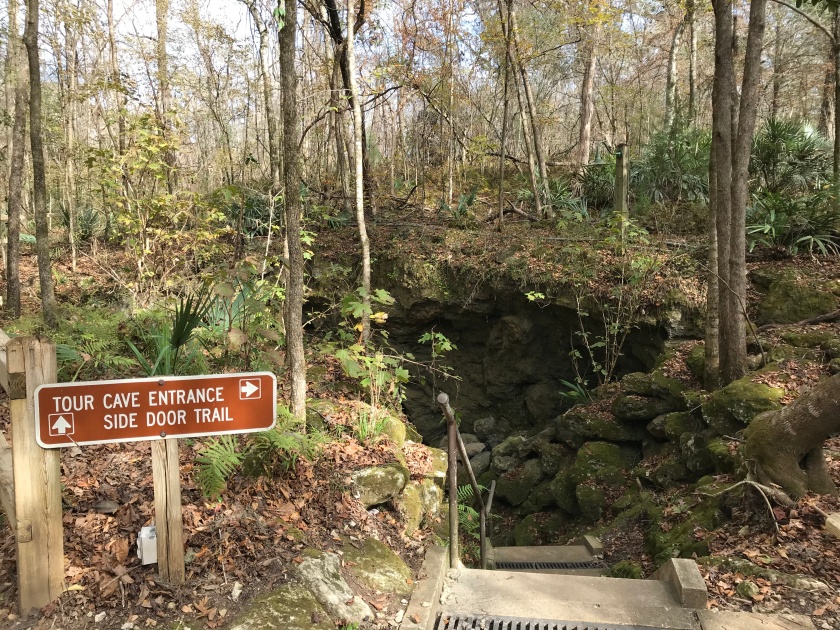 During the tour we learned the Civilian Conservation Corps enlarged the passageways during the 1930’s. Known as the Gopher Gang, these young men worked for a dollar a day to dig out trails and chisel tunnels through solid limestone. They also wired the caves with electricity.  Without light, none of the calcite formations would be visible.

The temperature inside the caverns is a constant sixty-eight degrees. With fifty degree temperatures outside, we enjoyed the warmth the rooms provided. In the summer, tourists visit to take refuge from the heat. However, during the summer rainy season, some passageways are flooded. The caverns do contain animal life. Bats flew over our heads. Blind crayfish scurried about in pools of water near our feet. After five p.m. a guide leads flashlight tours. When the lights are off, the rooms appear like they did to early explorers.

Herb and I have traveled all over the country to experience areas with different elevations and climate. Now we know we can drive six hours and feel like we are in the foothills of Appalachia. 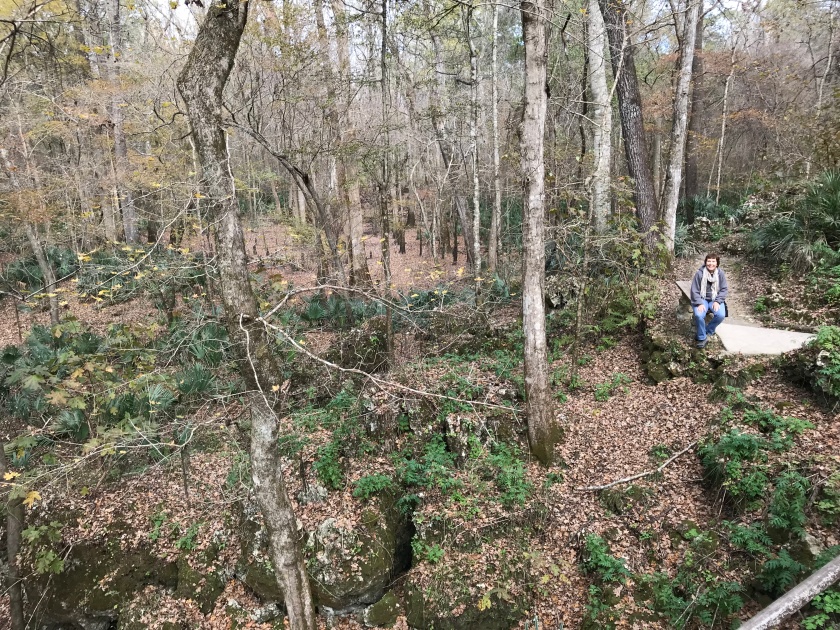 When Britain ruled Florida between 1763 and 1783, this area was called West Florida and extended all the way to the Mississippi River. The Apalachicola River, located east of Marianna, divided East and West Florida. The river still marks the division between Eastern and Central Time zones. Florida Caverns is on Central Time.

The park is located in a temperate hardwood forest. Unlike most of Florida, this area is far enough north, and high enough up (two hundred feet above sea level) for the plants and animals to expect chilly winters. The forest experiences four distinct seasons and many of the trees lose their leaves in winter. We enjoyed seeing the fall colors as we hiked through groves of beech and maple trees. 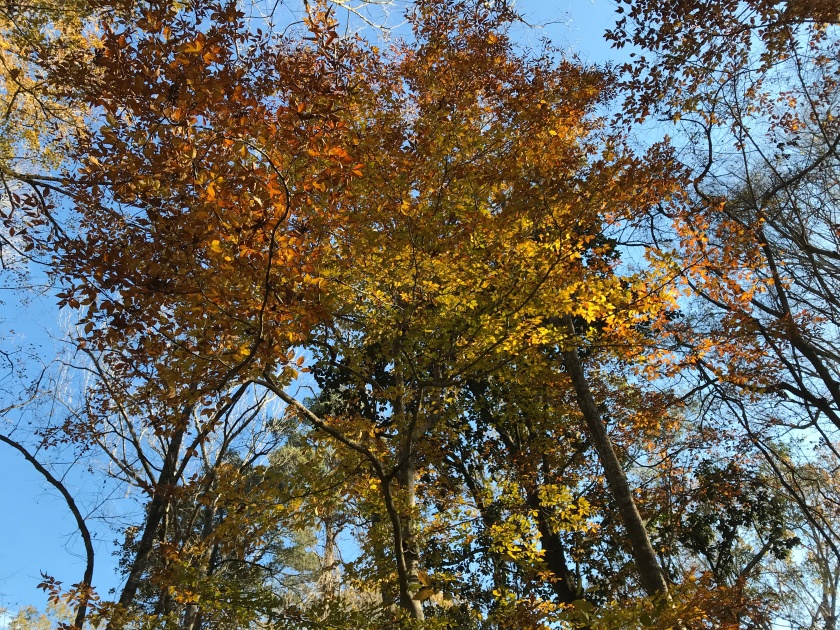 We stayed at the campground for five nights. As the weekend approached more campers arrived. A special note: Unlike other Florida State park we’ve visited, the shower house has central heating, which we appreciated on these cold December mornings. The campground also features sewage hookups at each campsite.

Florida Caverns, a refuge for all seasons, and an experience to remember.

10 thoughts on “Florida Caverns: A Refuge for All Seasons”