“Necessity is the mother of invention.” 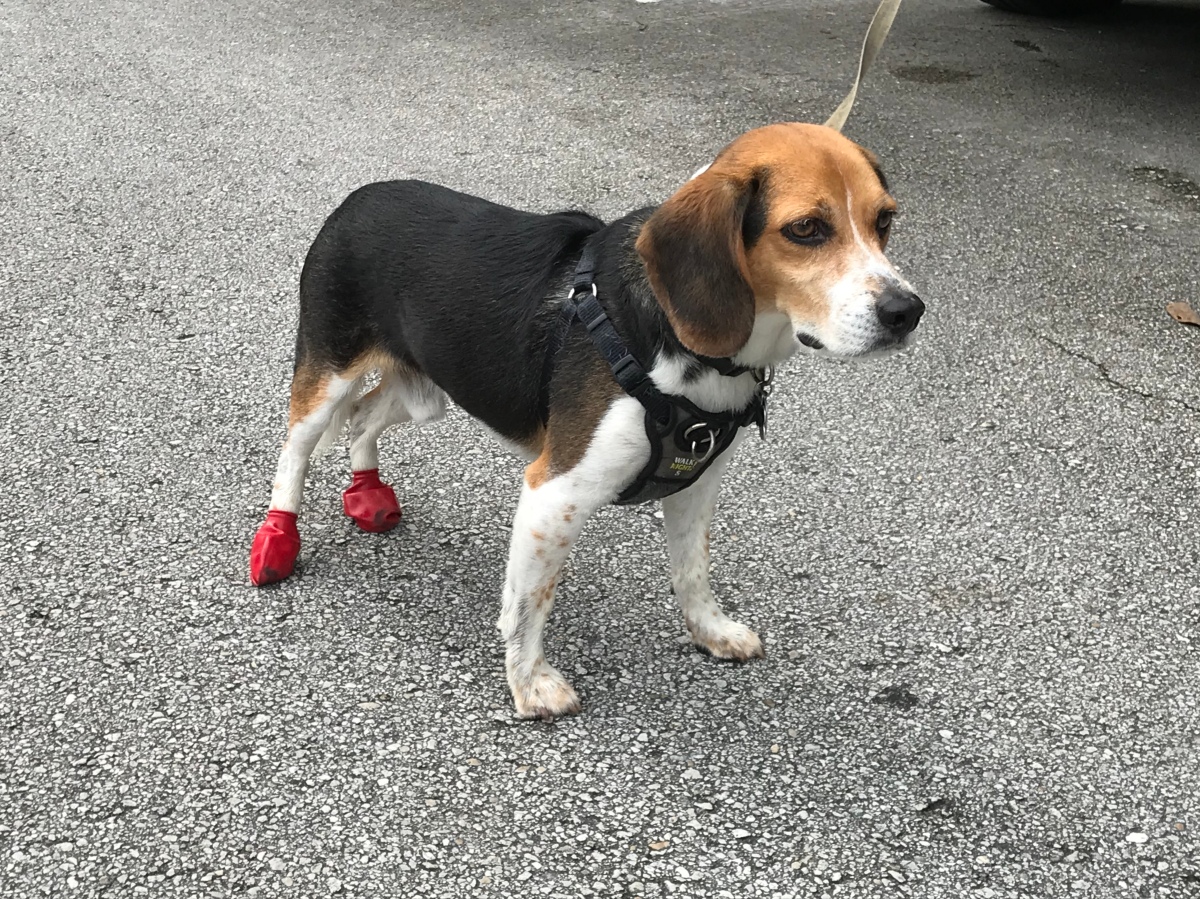 Art and science are closely related. I used to think of creative people as those who paint, write, or arrange music. My definition of creativity expanded when I heard about Gary Friedland. Who is he?

Gary Friedland is a retired art director who became an inventor. One day he tapped into his artistic talent to create Pawz dog boots. Here’s the back story (no pun intended) of how I came to learn about Pawz.

Our dog, Buddy, drags his feet on the pavement. Pawz boots help him walk without developing painful sores. We learned about Pawz from the physical therapist who worked with Buddy after he had back surgery. His red boots have become a conversation piece on the street. In fact, he’s wearing them on the cover of my new children’s book.

In the process of launching Buddy the Beagle on Blueberry Street, I contacted Andrea Friedland, manager of customer relations for Pawz. Andrea was happy to learn their product helped Buddy lead a healthier life. She was delighted that our beagle is shown wearing his red boots on the cover of my book. Now I’ve partnered with Pawz and the company is providing free samples of dog boots for my book signings.

Buddy, Herb, and I met Andrea while she was in Orlando last week for the Global Pet Expo. During our meeting we learned all about the creation of Pawz. Andrea’s father in law, Gary Friedland, enjoyed taking his dog for walks in New York City. He wanted to protect Huckleberry’s feet from the salt and chemicals used to melt ice on city sidewalks. Every dog boot he tried had problems. Some boots fell off and disappeared in the snow. Other boots were not comfortable for Huckleberry. There’s an old saying, “necessity is the mother of invention.”

Gary designed and patented a rubber dog boot that stayed on Huckleberry’s feet. Unlike other boots, Huckleberry did not fight wearing Pawz because he could feel the ground when he walked. In 2005, Gary teamed up with his son, Michael, to form the Pawz company. Today their product is distributed by 8,000 independent retail stores in 26 countries.

I’m inspired by Gary’s story. For most of his life, he probably never thought of himself as an inventor. Now he is known for creating a new product that helps dogs live healthier lives. Opportunity knocked for Gary. Instead of thinking, “This is out of my wheelhouse.” He opened the door.

“The reason so many people never get anywhere in life is because when opportunity knocks, they are out in the backyard looking for four-leaf clovers.” —Walter P. Chrysler

First, Gary wasn’t fearful of trying something new. Next, he turned to family members with business skills for help. Finally, he didn’t try to avoid the hard work necessary to succeed.

For information about my first book signing click here.

Buddy the Beagle on Blueberry Street is also available on Amazon.

4 thoughts on “The Invention of Pawz Dog Boots”