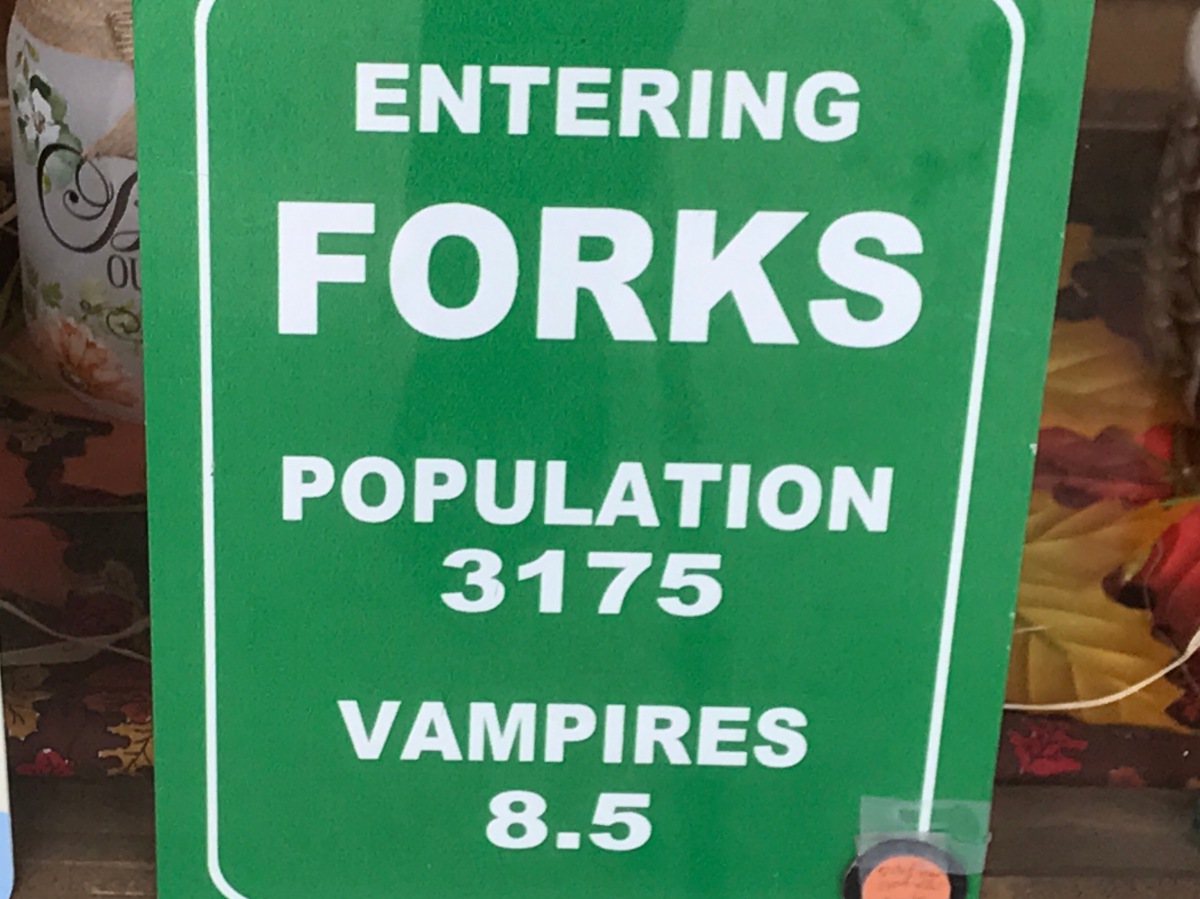 Forks, Washington seems like any other small American town, except for one unique difference. According to the Chamber of Commerce, 8.5 vampires live in Forks. When I entered the visitor information center I picked up a brochure inviting me to “Experience Twilight” in Forks.  The pamphlet included a self-guided driving tour of sites featured in the Twilight books and films.

I haven’t read the Twilight books, but I did see the first movie with my daughter.  Both are very popular with young adults. The story focuses on a love triangle between a teenage girl (Bella Swan), a vampire (Edward Cullen), and a werewolf (Jacob Black).

During our vacation in northwest Washington, my husband and I thought it might be fun to experience the self-guided tour. Our first stop was Bella’s home on K Street. The pamphlet stated that Bella’s bedroom was on the top floor, but “don’t disturb the residents of the house or the neighbors.” 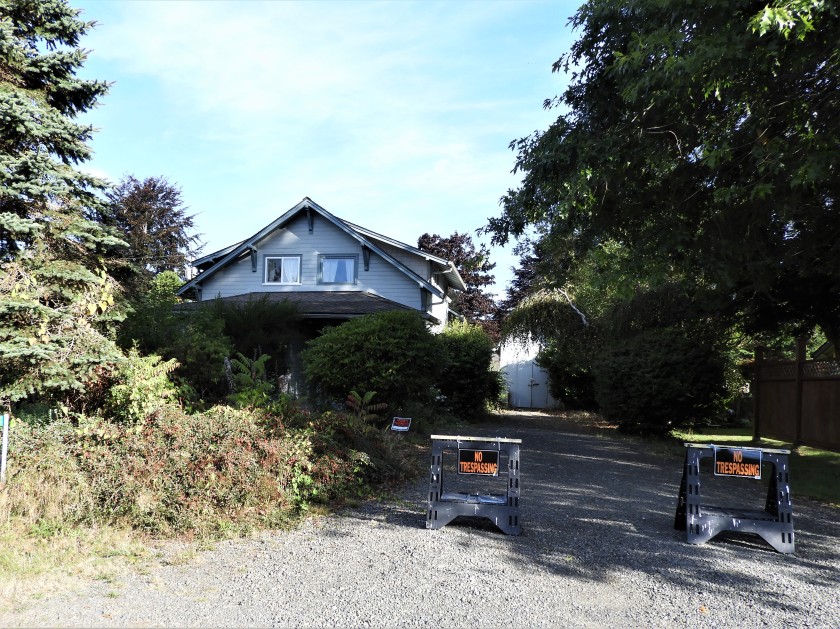 As you can see, the real family who lives here took measures to keep Bella’s fans from approaching the house.

We drove to Forks High School, where Bella was a student. I bet scores of giddy teens feel goosebumps in this place where Bella and Edward’s relationship began. How romantic! 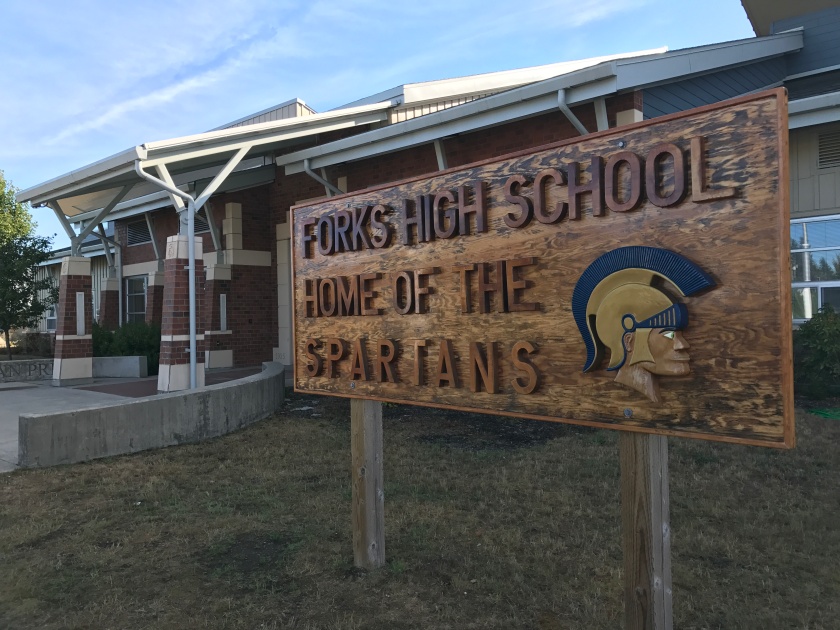 We walked into Forks Outfitters, a clothing store where Bella worked. Right next door Bella bought her groceries at the Thriftway. Both of these stores were stocked with Twilight T-shirts. No, I didn’t buy any. 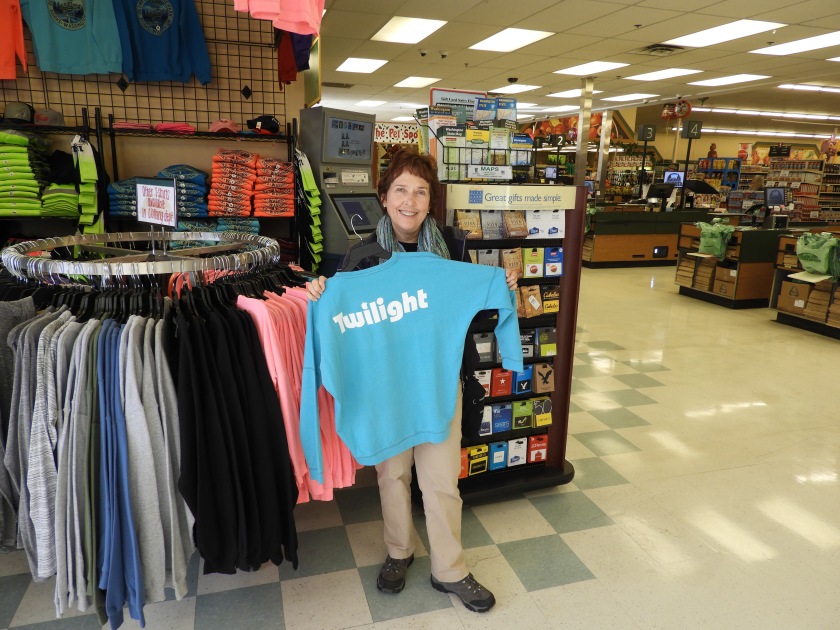 By the time we arrived at the Cullen House, home of the vampire coven, my bubble of excitement burst. Since this building is an inn, we were permitted to walk onto the porch. A sign next to the front door read, “Although this house was the setting for Stephenie Myer’s Twilight books, none of the movies were filmed here.” 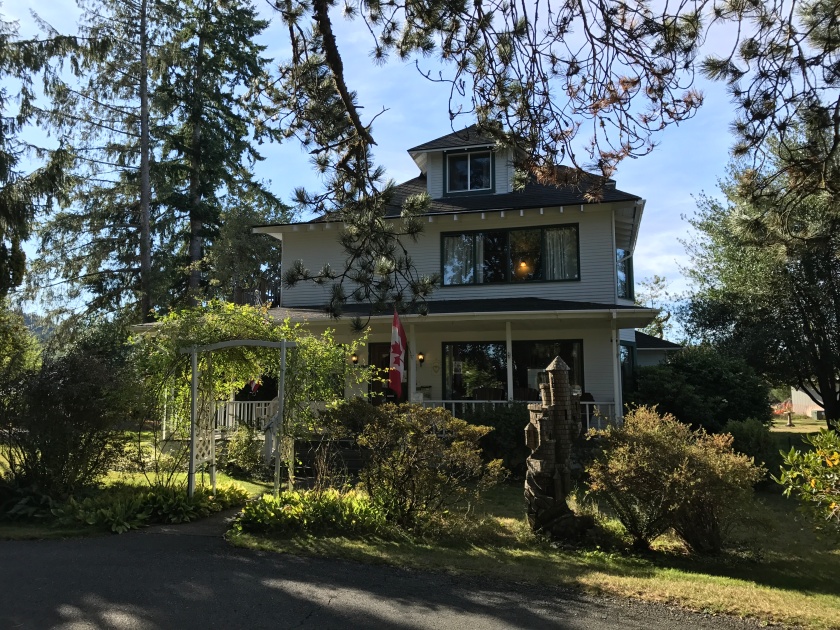 I couldn’t believe it. I felt let down. It was uncanny how much the various buildings reminded me of scenes from the first movie.  Still, I thought, Stephenie Myer must have visited Forks to write her books.

No way.  I checked the author’s website, and learned she never visited Forks until after she wrote Twilight. Myer discovered Forks when she searched for the rainiest place in the U.S. on the internet. She thought it would be a good place for vampires to live since it receives so little sun.  The Twilight Tour was really a make believe world invented to represent her imagination.

The whole town played along with this charade.  City Hall was involved. The driving tour directed us to stop by the water department and pick up a free souvenir. An employee gave us a stamped ticket which indicated we paid our water bill. Every person who follows the driving tour interrupts this lady from her job duties numerous times a day to get their free souvenir.

The local Community Hospital had a special parking place for Dr. Cullen, head of the vampire family, and Edward’s father. That means this parking space could not be used by anyone else.  After all, on a slow night Dr. Cullen might be visiting the lab for a snack. 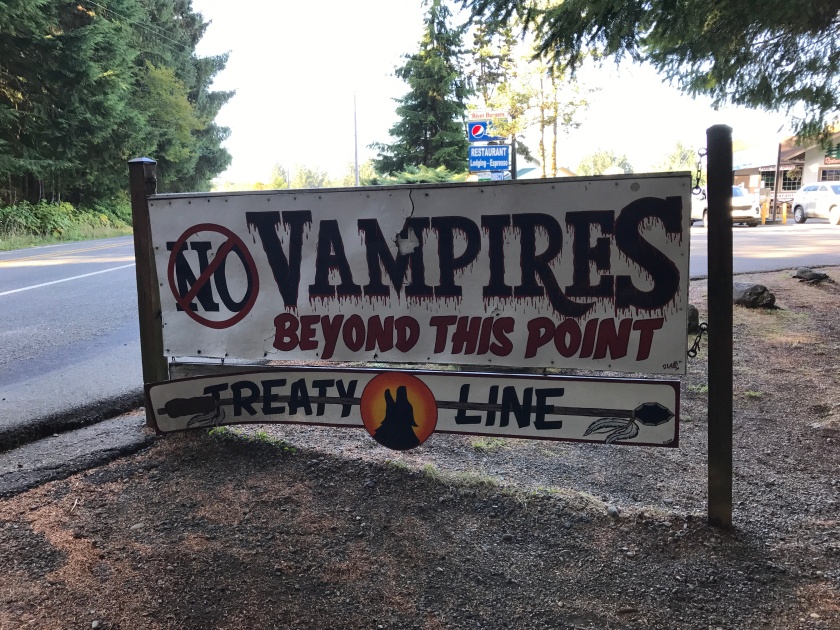 Between Forks and the Quillayutte Indian Reservation, a sign indicated the treaty line between the vampires and the werewolves. This was the territory of Jacob Black and the rest of his werewolf pals. 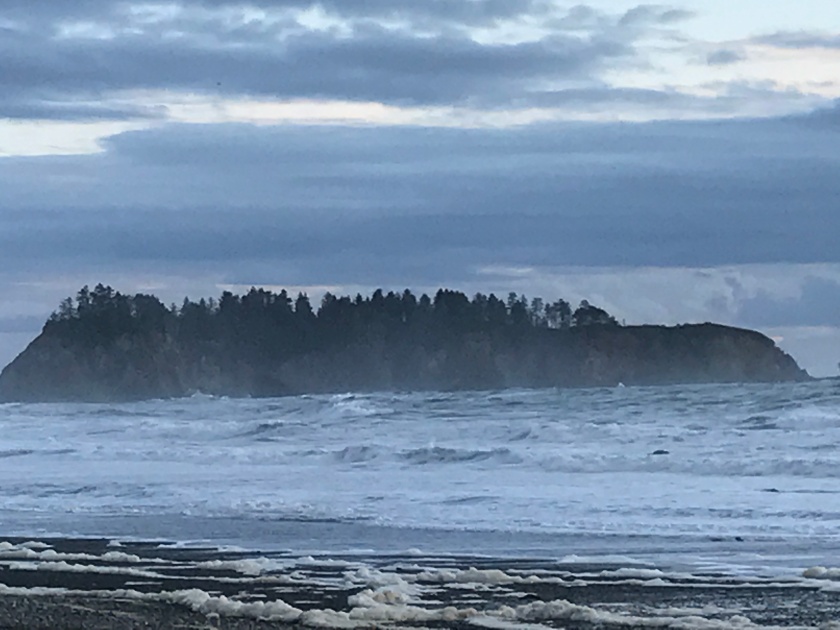 The Pacific coastline near Forks looks eerie right before sunset. Hmmm… that would be at twilight, wouldn’t it?

I appreciate Stephenie Myer’s creativity.  She successfully captured this setting without visiting it first. Myer’s home at the time was in Arizona, quite a contrast to the rainforests and rocky coast of Washington.

As much as I felt fooled by Forks, I have to give the townspeople credit for capitalizing on a fictional idea.  The town economy has benefitted from tourists (like me) who stayed at the Dew Drop Inn motel and ate at the In Place. Both of which I highly recommend. Hats off to the Forks Chamber of Commerce for promoting an image that’s brought new life to a once declining logging town. 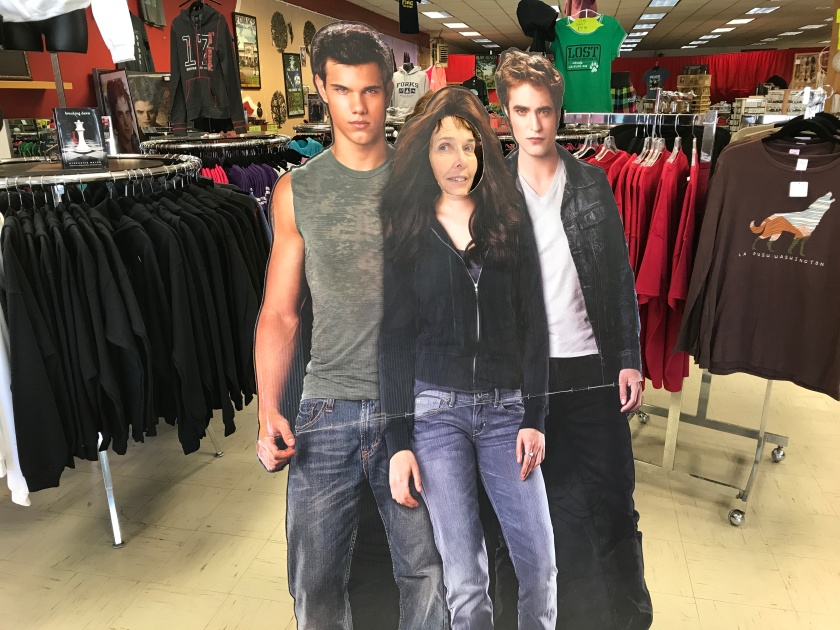 4 thoughts on “Our Twilight Tour of Forks”