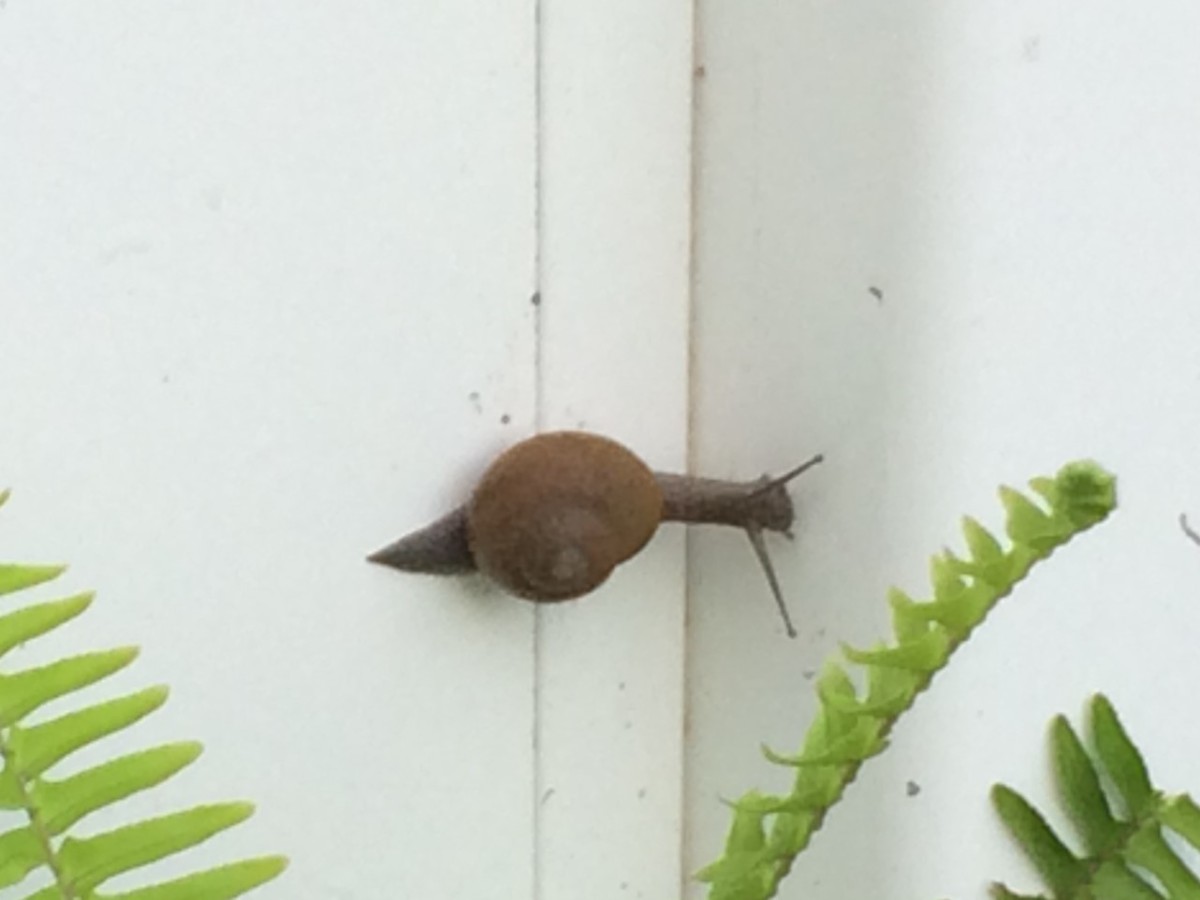 Recently I planted twenty pretty pink vincas.  Since the summer rains returned to Orlando, I thought my new flowers would do well. Little did I know the rain activated a hungry army of garden snails. When my trowel scraped through the soft soil it was like a dinner bell announcing, “Come and get it. Dinner is served.” 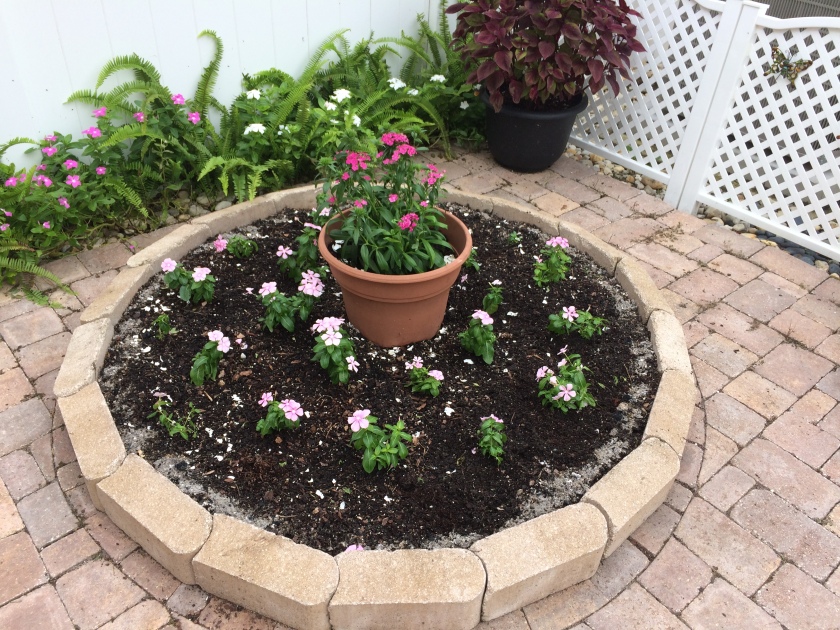 Snails like to feast on plants during the dark of night. When morning arrives they take cover under the soil. The day after I planted the flowers I noticed some sawed off leaves lying near the base of several stems.  Oh no, I thought.  How can I stop the snails from destroying my garden?

I remember the snail war of 2015. That year I introduced a successful tactical weapon.  SNAIL BAIT!  I don’t like to use snail bait because of our beagle. Although the label on the package explained the product was safe for pets, Buddy nibbled on some of the pellets and became ill. At the time I was so scared I made an appointment for Buddy to be examined by our vet.  Upon receiving the results of his blood test, the doctor informed me Buddy was alright. However, he suggested I discontinue the use of snail bait in my garden.

Back to the battle at hand. My mom suggested I put broken eggshells around each plant. The snails hate walking on the sharp edges, and leave. I ate two eggs for lunch to build up my artillery.  Still, two eggshells couldn’t begin to defend twenty plants.  An avid gardener herself, Mom sympathized and donated a few more eggshells to the war cause.

My brother offered another idea. “How about fireplace ashes? I heard they keep slugs away, maybe they’ll work for snails.” I liked his idea because I still had some ashes in our patio fireplace that we burned last winter.  Besides, I didn’t really want to eat more eggs. I carefully ringed each plant with ashes to build up my fortifications before another nighttime attack would ensue.

The next morning I rushed out to the patio to check on my plants. Let’s put it this way. If I was keeping score it would be Snails: three / Debbie: seventeen. (Remember, I started with twenty.) Sadly, I carried three vinca casualties off the battlefield.

Desperate, I sought advice from the internet. When I searched “snails” a number of links came up. I watched a YouTube video which explained how to harvest garden snails and eat them. Yuck! In the video a man gathered the snails and boiled them in beer. Then he removed the shells and sautéed them in garlic butter. I want to kill my enemies, but I don’t want to eat them.

During my research I learned snails breathe air. If sealed in a zip lock bag the snails will suffocate. That’s a good plan as long as a person can get up early enough to pick the slimy pests off the plants before they retreat into their underground tunnels for the day.

I’d also heard of setting out little saucers of beer to drown the snails. That idea seemed hit or miss. With my luck the snails would feast on the flowers before they belly up to the bar! All of these methods took too much time.  I wanted a solution now.

Yep, you guessed it. I chose the nuclear option. I drove to Home Depot for a box of snail bait and quickly placed the pellets around each suffering vinca before nightfall. The box was labeled non toxic and safe for wildlife. The snails eat the bait, stop feeding on the plants, and crawl away to die.

But what about Buddy?  Suddenly  I realized  I could keep our dog away by fencing the area.  I used our patio furniture to build a fence around the bed and filled in the openings with pots. Someone once said, “necessity is the mother of invention.” 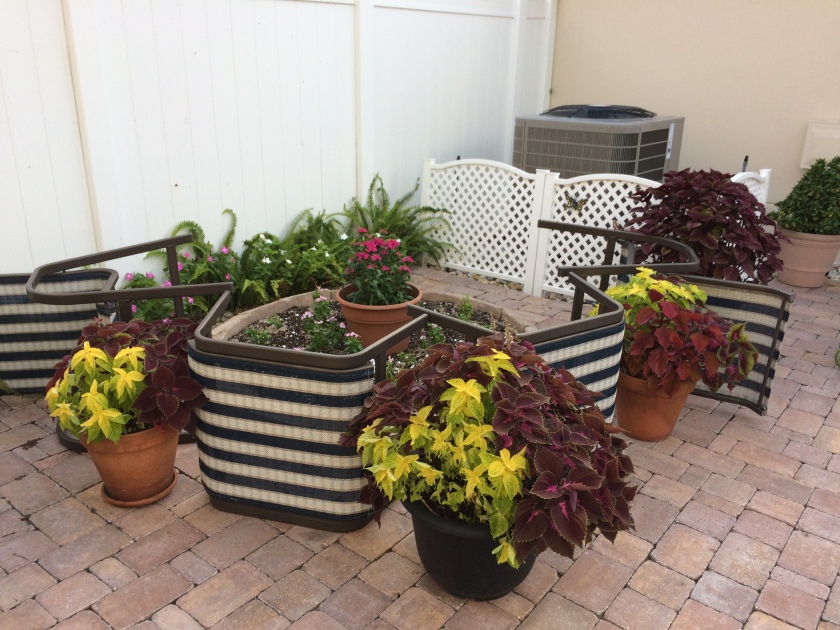 7 thoughts on “The Attack of the Killer Snails”