On the first full day of our Nova Scotia vacation we stepped onto the balcony of our bed and breakfast eager to view famous Peggy’s Cove. Except for a beacon from the lighthouse, visibility was poor.  Nova Scotia is known for variable weather. A thick fog rolled in overnight from the Atlantic Ocean. Hoping the fog would lift, my husband and I ventured out to explore the area.  The first landmark we encountered was St. John’s Anglican Church. An open door to the chapel intrigued us. Once inside, we were greeted by a volunteer from the parish who told us people of the cove have worshipped here since 1885. 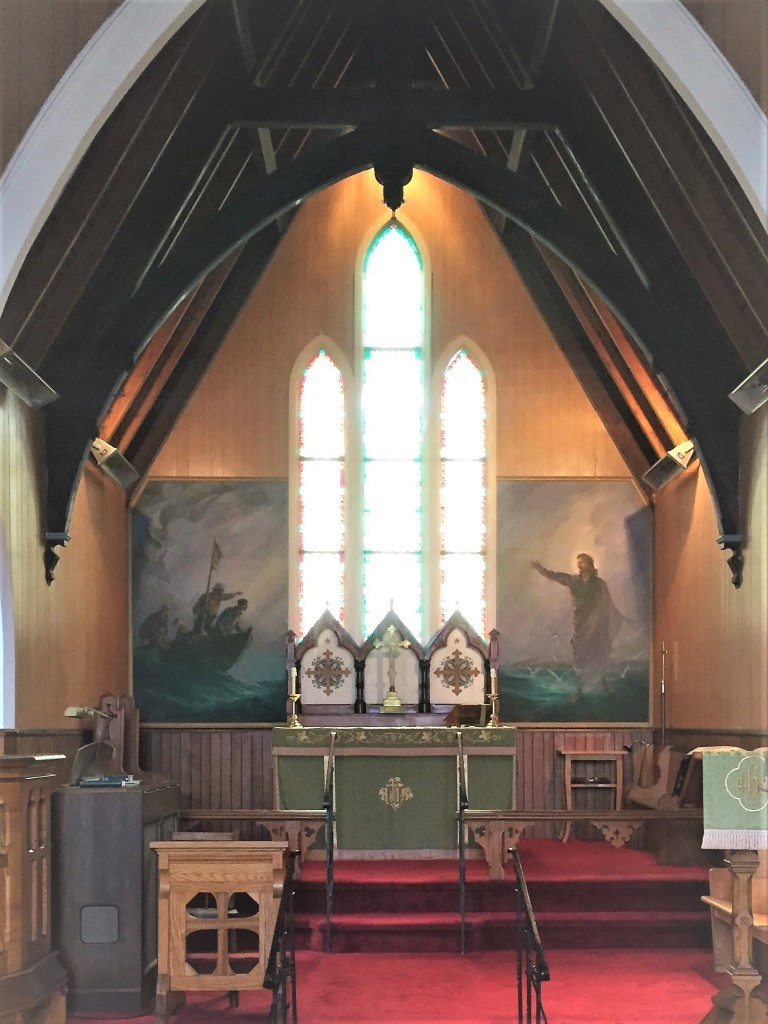 The paintings displayed in the chapel impressed me.  Our volunteer guide explained their importance. The first, Storm and Turbulence, features a group of terrified fisherman clinging to the sides of their boat during a terrible storm. One man points across a raging sea. The second painting, Calm and Serenity, depicts Jesus Christ walking on the water with his arm outstretched toward the fishermen. Like the biblical message of Matthew 14:25, the mural communicates the supernatural power of Christ to calm our fears.  The artist, William deGarthe lived in Peggy’s Cove for years. His work relates the dangers of life at sea and the faith of local fishermen. The deGarthe Museum in the village houses many of his works.

Our guide told us six families founded Peggy’s Cove in 1811. Lured by the rich fishing grounds of nearby St. Margaret Bay, these early settlers battled storms, fog, and jagged rocks to eek out a living from the sea.  Some say the village was named for the bay, I prefer the romantic legend about a shipwreck with a lone survivor named Peggy. The young woman fell in love and later married the man who rescued her.  People would come from miles around to listen to “Peggy of the Cove” tell stories.  “Peggy of the Cove” later became Peggy’s Cove.

Besides their times of trouble on the water, the fishermen experienced hardships on land. The village sits on granite bedrock. Gardening is futile. Drilling is impossible.  For years the community obtained water through a process of collecting rainwater and purifying it with ultraviolet light. Even so, this water is not considered safe for drinking. We were advised to drink bottled water during our stay.

Due to these conditions, the population of Peggy’s Cove has decreased. Consequently, St. John’s Church has also declined in membership.  When faced with the possibility of closing the church, the few remaining members realized the unique opportunity of their location. Thousands of tourists come to the cove during the summer months to photograph the famous lighthouse and tour the quaint fishing village. 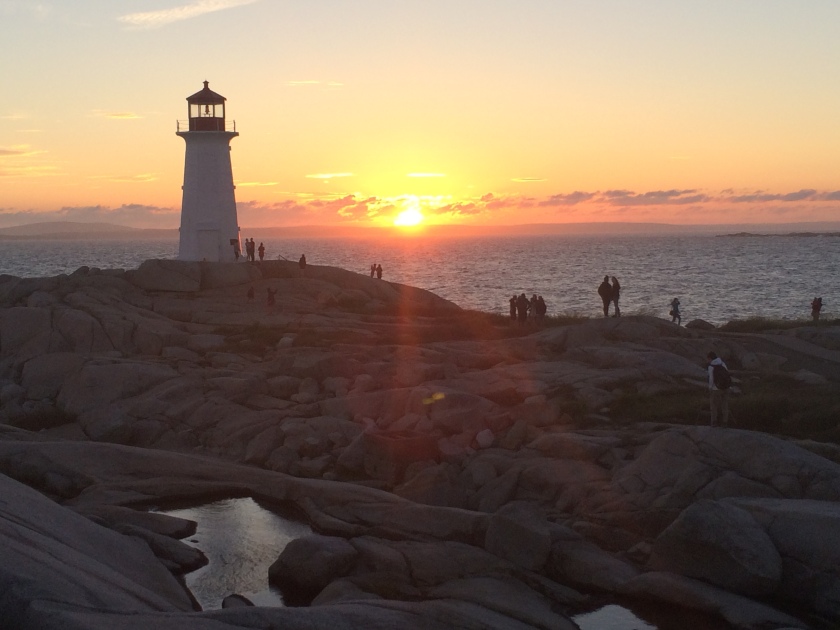 Volunteers decided to open the chapel on weekdays to minister to tourists. Visitors are welcome to share their prayer requests. I felt led to submit a written request along with my  email address. A few weeks ago I received an email from one of the church leaders who thanked me for my visit and asked if I needed additional prayer support. According to his note, over four thousand visitors from all over the world signed the St. John registry in 2016. The tiny congregation is amazed at the way God is blessing their efforts.

St. John’s Anglican Church is a testimony to a statement Jesus made in Matthew 16:18.  “On this rock, I will build my church.”  You can connect with them through Facebook at Friends of Peggy’s Cove Church.

4 thoughts on “A Church Built on the Rock”