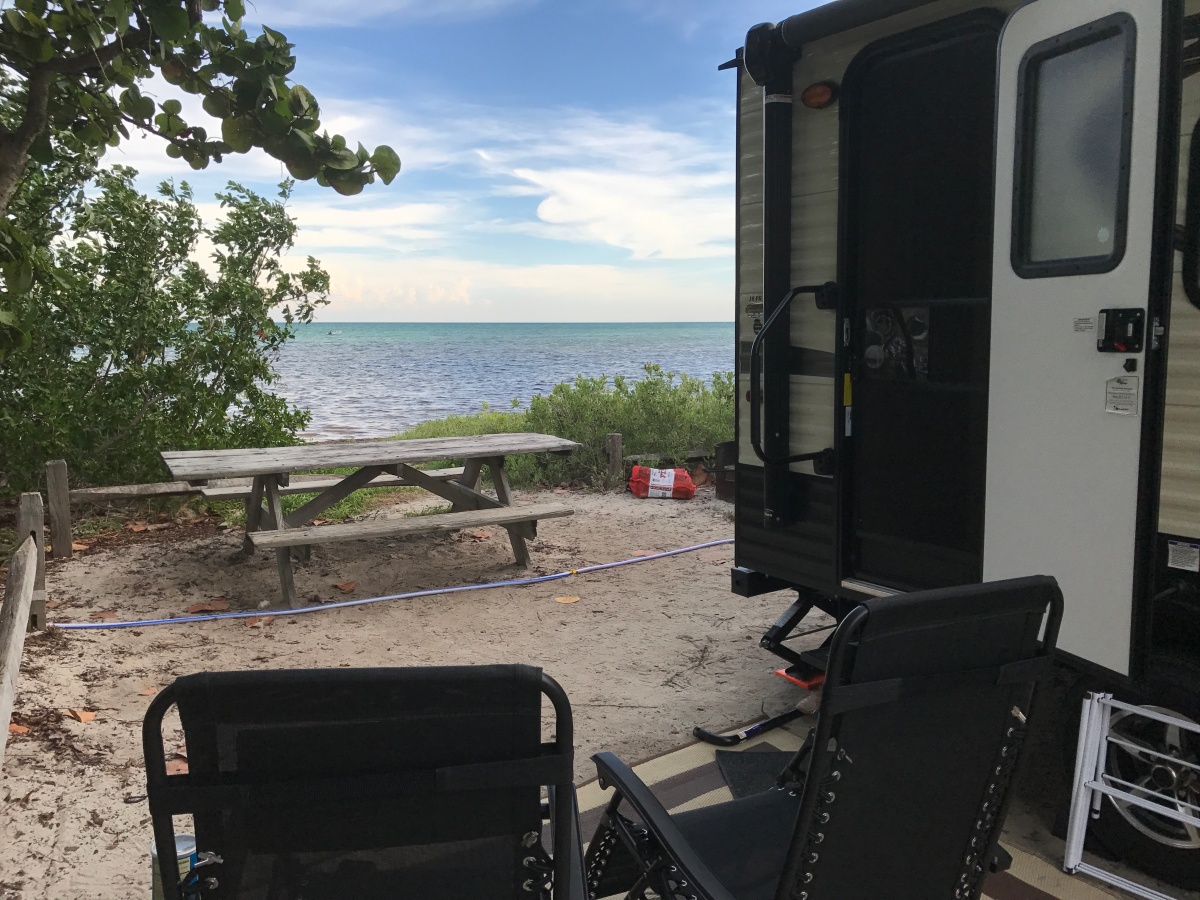 Almost one year ago I wrote a post entitled Being.  I shared the value of doing nothing during a trip to the Florida Keys.  Last week my husband and I revisited Long Key State Park with our Viking  trailer for five nights of camping and relaxation on the shores of the Atlantic.

Sure it’s August. Sure it’s hot. It’s hot everywhere in Florida, so folks might as well camp near the water where they can get wet. The word must have gotten out about the constant sea breeze which cools the campground like a giant fan, because the park was full most nights. In fact we felt fortunate to reserve a site.

As in the past, our first day was blessed with a refreshing tropical breeze. We were surprised the second day when the tropical breeze turned into a tropical storm. The rain bands lasted eight hours.  We hunkered down in the trailer, read our books, and played numerous rounds of the card game, Lost Cities. Whenever the rain let up a little, we ventured out to walk our dog…one of the joys of traveling with a pet.

The remainder of the week was dry with a light wind. We enjoyed swimming, kayaking, and a couple of short hikes. With the exception of a day trip to Bahai Honda, we spent most of our time in our camp chairs, just being still and soaking up the beauty of the place.  What is it about the sea that refreshes a person’s spirit? 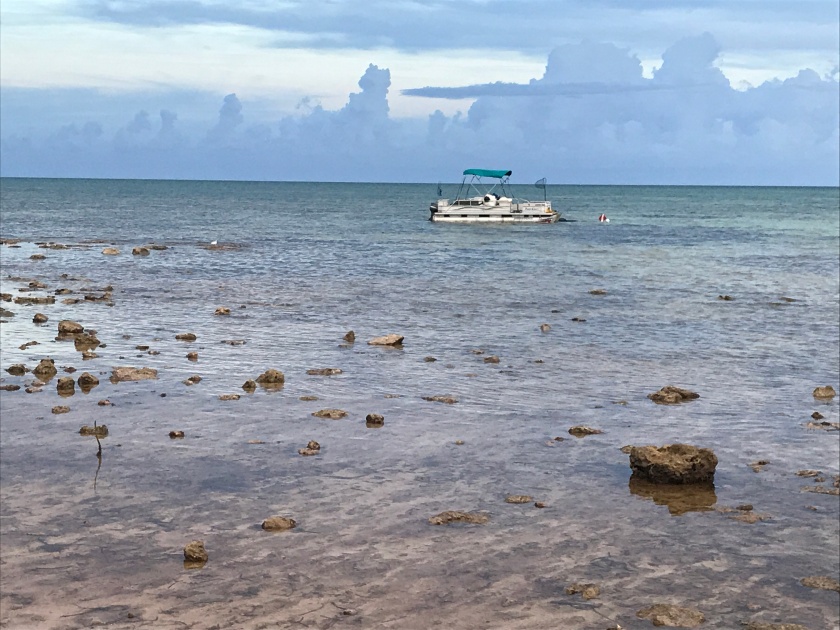 One night  when I was preparing dinner our dog Buddy, barked at something. I stepped out of the trailer to see a large crab scurry into its burrow at the edge of our campsite. The crab was at least six inches across. It was grey in color and one claw was larger than the other.

After that happened I paid closer attention whenever I walked to the campground trash bin with a bag of garbage. I noticed several crabs along the side of the road and dozens of burrows in between each campsite. Later I learned these shy creatures are called blue land crabs, and rank the largest in size of Florida’s semi-terrestrial crabs.  They spend most of their adult lives on or near the beach, but return to the sea to breed.  Blue land crabs burrow several feet underground to allow moisture to seep inside their tunnels.

I found the crabs were more active in the cooler parts of the day, around dusk and dawn.  Primarily vegetarians, blue land crabs eat tender leaves, fruits, and berries.  I felt like I’d really accomplished something when I managed to snap a photo of one with a blue shell before it skittered sideways into its underground home. 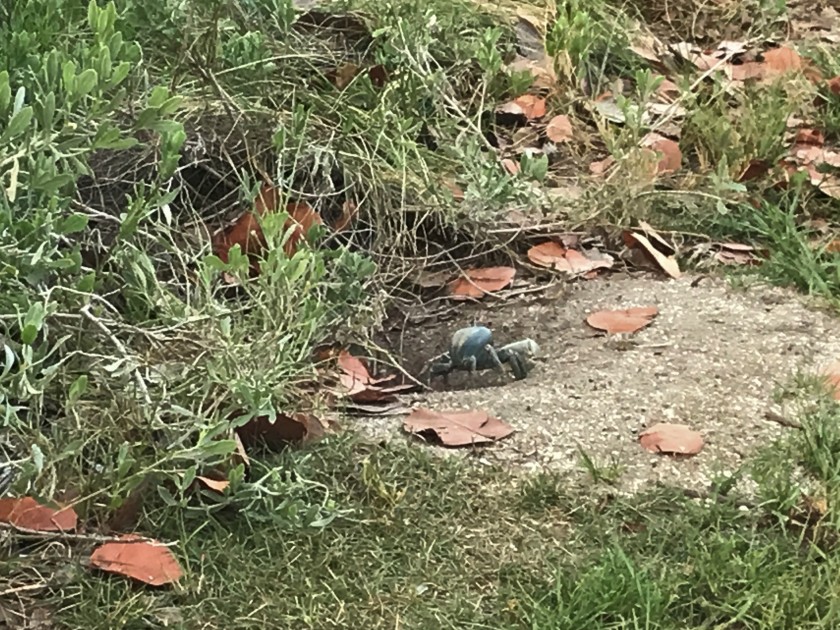 I researched some additional interesting facts about these animals. Their reproductive activity occurs during the full moon of summer. Uh-oh, there might have been some hanky-panky going on at Long Key because the moon was practically full!

A female blue land crab produces anywhere from 300,000 to 700,000 eggs in one spawning season.  She carries them under her body to release them into the sea. However, most crab larva are eaten by fish and very few survive. It’s unlawful to harvest any blue land crabs in Florida between July 1 and October 31. And of course hunting or capturing wildlife is against the rules in state parks. I have no idea what blue land crabs taste like, but some people consider them a delicacy.

For the record, in mid-October Long Key State Park campground will be closed due to beach renovation for one year.  On our day trip to Bahai Honda we saw some beachside campsites.

Maybe we’ll move our “do nothing” location further south until Long Key reopens.