Have you ever read a book you could never forget? A Land Remembered is one of my favorites. I am not alone, as the book has been ranked #1 Best Florida Book eight times by Florida Monthly Magazine.

Author, Patrick Smith tells about the life of Tobias Maclvey, a cow hunter who battled storms, rustlers, and mosquitos to build a kingdom out of a swamp. I enjoyed traveling back through time with Tobias as he rode his horse through the Florida scrub to round up free range cattle. Smith’s words inspired me to visit the cow camp at Lake Kissimmee State Park, where history comes alive.

One hundred fifty years ago, Florida had few roads, no railroads, and none of the modern conveniences we enjoy today. Pioneer families survived by hunting wild animals. The early settlers discovered the land contained thousands of free range cattle and horses originally brought to America by the Spanish. A market for beef developed in Cuba and soon Florida cow hunters traveled by horseback through the wilderness, catching cows and herding them to Punta Rassa, near Fort Myers.

I meandered down the trail to the cow camp surrounded by huge live oaks draped with Spanish moss.

The camp consisted of a holding pen for the cows and a primitive shelter for the men.

My husband and I joined the group around the fire. Rick, the one and only cow hunter on the premises served us black coffee he had brewed over the open flame.

I took one sip and handed my serving to Herb. How can a place with so many cows, have no cream?

Rick explained that unlike the cowboys of the west, Florida cow hunters used trained dogs to drive their cattle. The many marshes, hammocks, and flatwoods of the Florida landscape prevented the use of the lariat.

The cow hunters carried a whip, known as a drag. The loud crack of the drag moved the cattle along. Because of this the cow hunters became known as “crackers.”

Rick emphasized that the crackers did not whip the animals, the drag was only a noise maker.

Once the cattle were delivered to market, the crackers were paid in Spanish doubloons. Gold became the common currency of the south Florida frontier.

The cow camp is open every weekend from October 1st to May 1st. For more information go to Lake Kissimmee State Park. 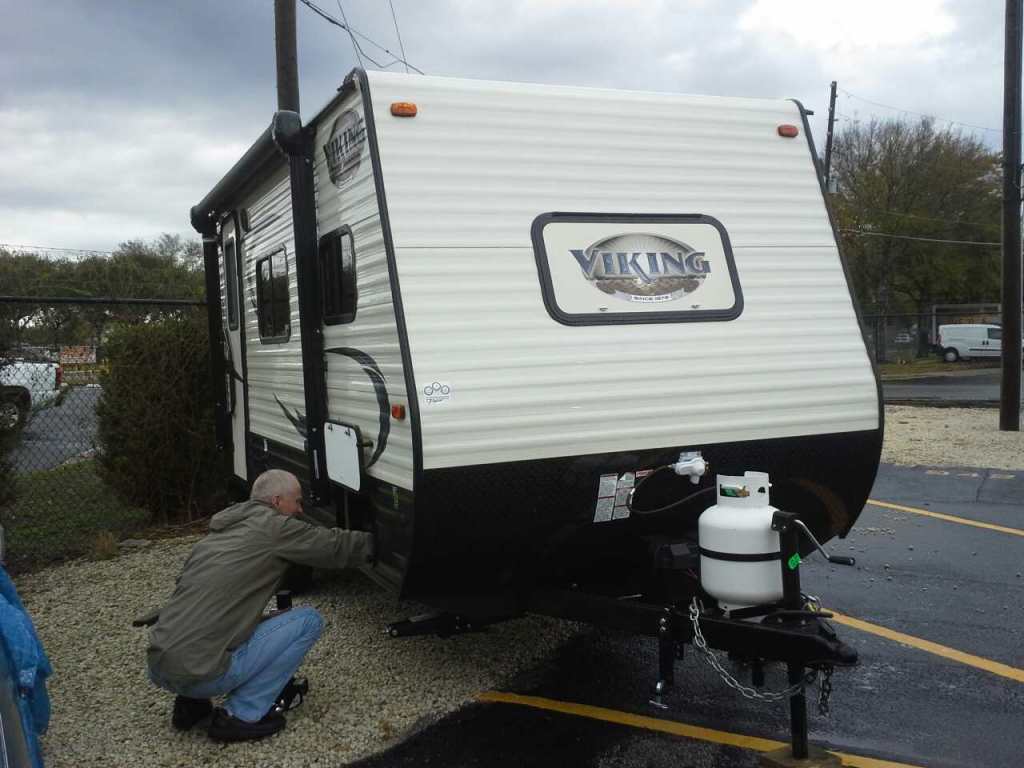 The afternoon temperature increased along with my frustration. “Didn’t the service technician say the tongue needed to be raised all the way up before we attach the chains?”

My husband, Herb, turned the crank a few more times. “Yeah, check the list again. I think the sway bars go on next.”

Our dog, Buddy offered no advice as he lay in his crate in the back of the SUV.

Almost an hour later we rolled out of the storage facility lot.  The trailer creaked along behind us.  We constantly checked our side view mirrors to make sure it was still connected to the car. After ten minutes we merged into I-4 traffic, but continued to stay in the right lane. I breathed a sigh of relief. Finally, we were on our way to Lake Kissimmee State Park. Our first trip with the Viking trailer, and our first trip with our dog.

Located fifteen miles east of Lake Wales, the park is nestled between three lakes. We drove into the campground in the late afternoon. Each campsite was walled on three sides by dark green palmettos. Good, I thought, our neighbors won’t see the circus act that is about to begin as we try to park and unhitch the trailer. 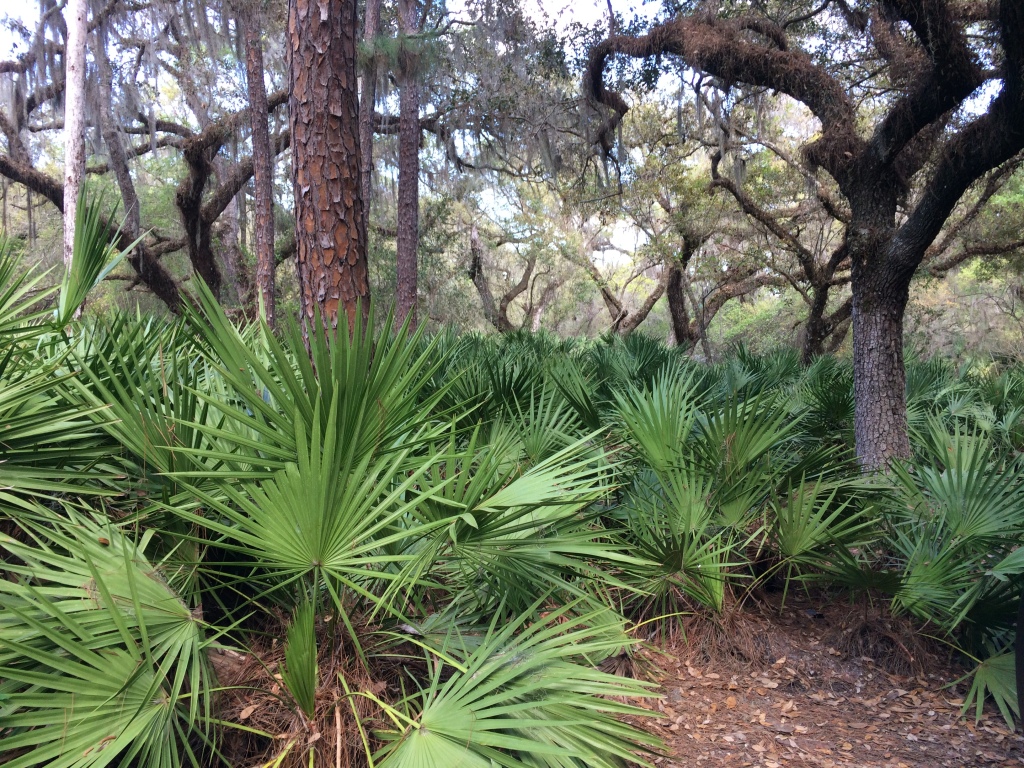 We followed our checklist step by step. The sun was going down by the time the trailer was leveled and ready for habitation. Buddy needed to be walked and fed of course. We put him in his pen by the door of the trailer and transferred our gear from the car. I waited outside with Buddy while Herb drove to the camp store for firewood. Buddy was nervous. He whined when Herb left. I’m sure he was confused and wondered, Why are we here?

Herb returned and got out of the car. “The camp store closed at five. No fire tonight.”

My initial let down was surpassed by my fatigue. “It’s getting dark, let’s make dinner and relax in the trailer.”

Buddy sniffed out the tiny trailer in ten seconds. He wagged his tail a lot and seemed pleased. We placed his bed under the table for two. He crawled in. What a great location for a beagle.

Relieved that the gas stove worked, I cooked hamburgers for our first meal. We gave thanks for food, safety, and togetherness.

After dinner, we opened the trailer door and looked up. The dark sky revealed the brightest stars we had ever seen.  We took Buddy out for his evening walk and our small flashlight lit the area in front of our feet, but not much further. We took a lap around the campground and chuckled at  folks watching a big screen TV outside. This is camping, circa 2017. As we rounded the bend, ghostly shapes appeared in the middle of the road. People making desperate attempts to receive cell phone signals.

Although the trip primarily focused on “making friends” with our RV, we did some hiking.  Buddy was in his “element” as we hiked four miles on the Gobbler Ridge Trail. Nose to the ground, he loved to track whatever animals may have been in the area.

We walked through tall grass prairie and shady hammocks to an observation tower. Looking across the prairie we saw some cattle grazing in the distance. I thought about one of my favorite books, A Land Remembered. 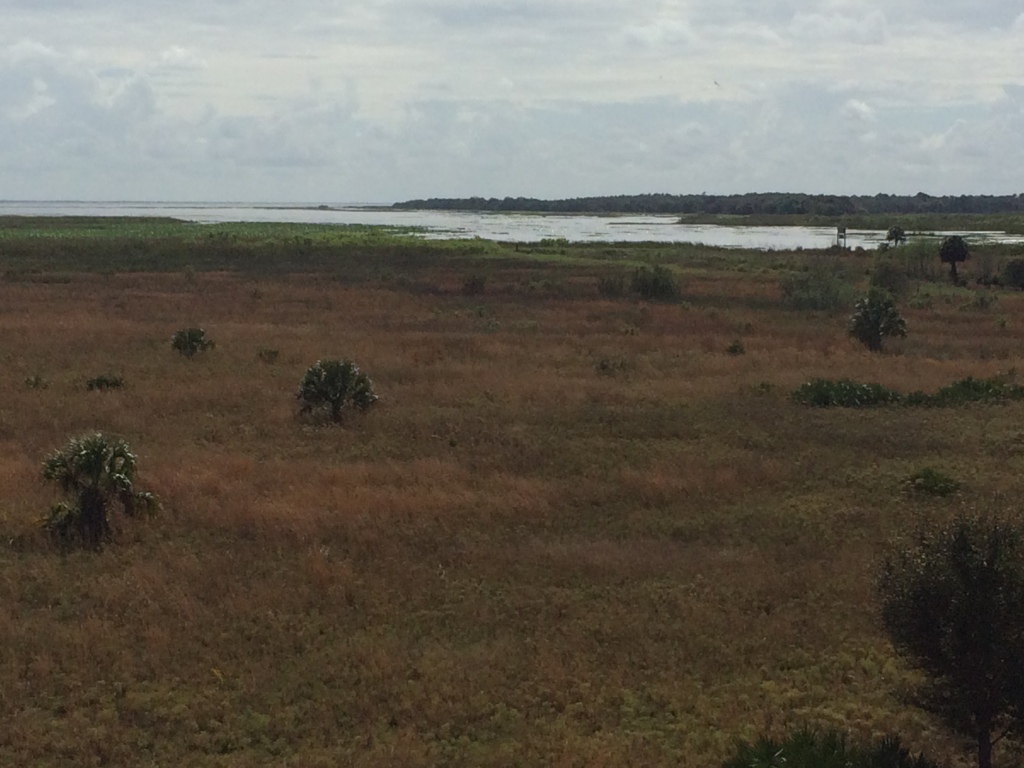 In the book , author Patrick D. Smith describes the Florida cracker (cowboy) lifestyle around 1870. The main character, Tobias Maclvey, believed there weren’t enough people or cows in the whole world to fill up the Florida prairie. During this time, wild cattle roamed free until they were rounded up by cowboys and herded to market.  Eventually the crackers bought sections of the prairie and erected fences. They became ranchers and locomotives moved the cattle to market by rail. The cattle industry is still important to Florida today.

The crackers lived a rugged life of survival during a time without air conditioning, refrigeration, and running water. In 2017 are we really camping or just kidding ourselves? 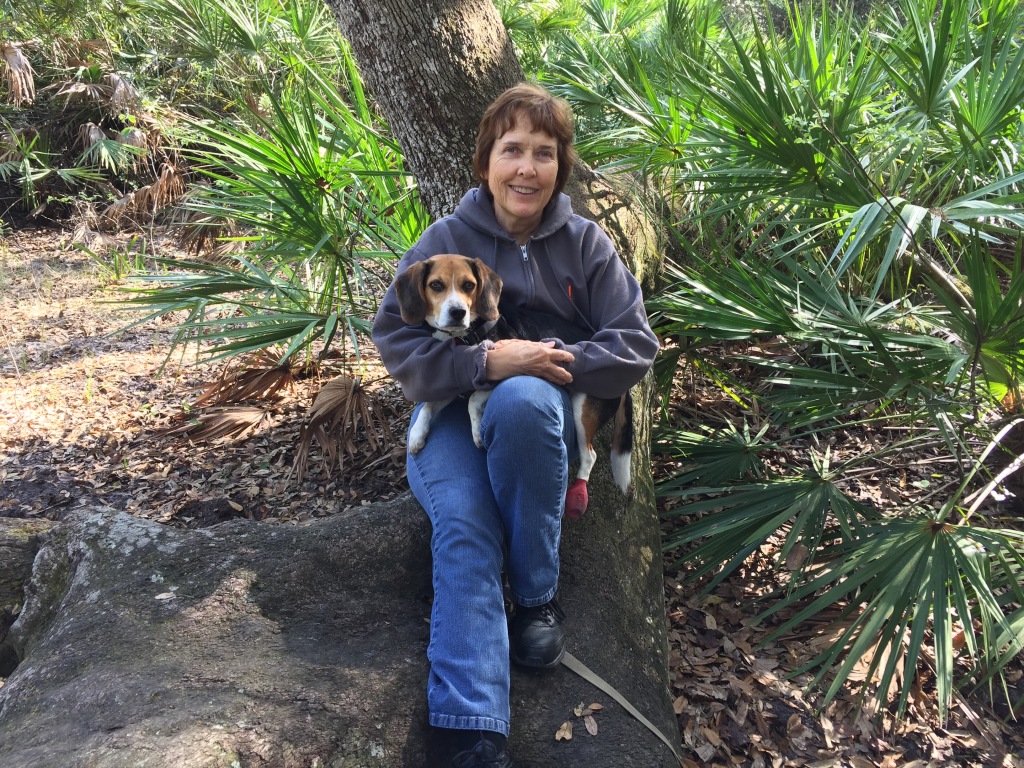