Coyotes are on the move and coming to your backyard. 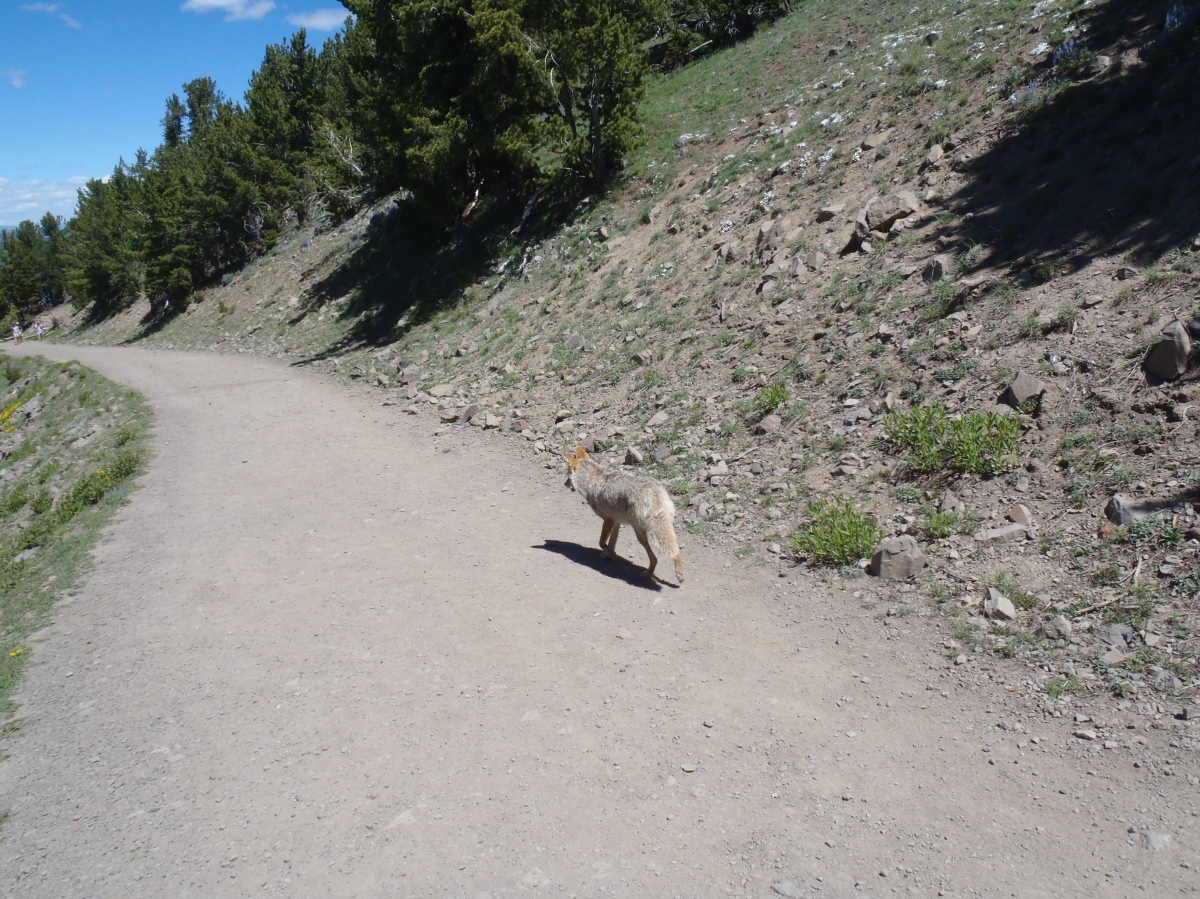 When I was growing up, my first encounter with a coyote happened while I watched TV. Like most kids during the fifties, I enjoyed Looney Tunes cartoons. One of my favorite shows starred Wile E. Coyote and Roadrunner.

This cartoon was set in the Southwest American desert. In each episode Wile E. Coyote tried to catch Roadrunner, but was never successful. Wile E. built complex contraptions to try to catch his prey. His contraptions always failed, and Wile E. was the one who is injured. There was no dialogue between the two characters. The Coyote only communicated by holding up a written sign. The Roadrunner always raced by and said, “Beep Beep.” My siblings and I laughed at the slapstick humor.

My parents told me television could influence a person’s thinking. Because of this cartoon, I imagined coyotes only lived in the desert, and weren’t very smart. Both assumptions are false. Today I’ve discovered coyotes are very intelligent. In fact they are one of the most skilled survivors in the animal kingdom. (After all, no matter how many times Wile E. Coyote’s master plans failed, he always lived and returned for another episode.)

In a similar way, coyotes have made a huge comeback in America due to their adaptable behavior. Despite human efforts to eradicate them, coyotes have learned to live in a variety of habitats, from snowy mountain ranges, to big cities. In fact they are now found in all of Florida’s 67 counties.

Recently many coyotes have been sighted in Orlando. Early one morning in April, Herb spotted one walking down the street. He kept a tight hold on Buddy’s leash while the large animal ran to a nearby retention pond. Buddy froze and stared, but did not make a sound. Perhaps he considered Mr. Coyote a distant cousin since they are both members of the dog family.

This spring several coyotes have also been sighted in the park area around Lake Baldwin. My neighbor saw one a few days ago and shot this picture.

Over the past month, there seem to be fewer and fewer rabbits running through the marshy areas around the lake. Coyotes love rabbits but will eat anything, including pets. You can imagine the raised eyebrows when somebody’s cat didn’t come home one night.

It seems like there is nothing we can do to get rid of these unwelcome visitors. The local wildlife commission has no plan to remove them and only advises pet owners to keep their pets inside or on a short leash. Attempts to trap and remove them to other locations have failed to keep the rising population under control.

A dog park is located on the opposite shore of Lake Baldwin. People let their dogs run free on the property because it is fenced. Be on the alert dog owners. Coyotes can swim. There is nothing to stop one from entering the dog park.

All is not lost, friends and neighbors. At least coyotes are very clean animals. They actually bury their excrement. So if you discover a pile of poop on the sidewalk, it was probably Fido’s and left behind by a human.

I have to say I am somewhat alarmed that a pet eating mammal roams through our neighborhood. I’m also concerned that we are expected to accept the idea that “coyotes are here to stay.” Wile E. Coyote has triumphed at last. He may not have outsmarted Roadrunner, but he has outwitted man.

7 thoughts on “The Coyote Comeback”