When Stephen Foster wrote the song Old Folks at Home there was no music business as we know it. Sound recording had not been invented. Yet, in the small community of White Springs Florida, a state park is dedicated to his memory.  All because Foster  looked on a map for the name of a southern river which had two syllables. He had never seen the Suwannee River, but he liked the sound of the name and changed the spelling to “Swannee” to make the meter work. How’s that for poetic license?

Last week my husband and I camped at the Stephen Foster Cultural Center State Park . It was founded as a memorial to Stephen Foster due to its location on the Suwannee River. (Remember, the river that Stephen Foster never saw, but wrote a song about?)

The Florida Federation of Music Clubs admired Foster and obtained contributions of land in White Springs.  Later a commission  formed to direct the building of a 97-bell carillon on  property which plays Foster’s music. The park opened in 1950, almost one hundred years after Old Folks at Home was published. Did you know Stephen Foster is considered the pioneer of American pop music? He wrote two hundred songs between 1850 and 1864.  Old Susanna and Camptown Races  are two of my favorites.  These melodies are catchy. Once you start humming them, you can’t stop!

During our stay we learned of the park’s mission to support folk art. What is folk art? Art that’s created by nonprofessionals.  In America, folk art might be considered blue-collar or rural art. It can be self taught, and is often functional. Quilting, sewing, and knitting are all examples of folk art.  Folk art also includes music which expresses a community’s values and identity. At the park I enjoyed meeting several folk artists who demonstrate their talent in the Craft Square. 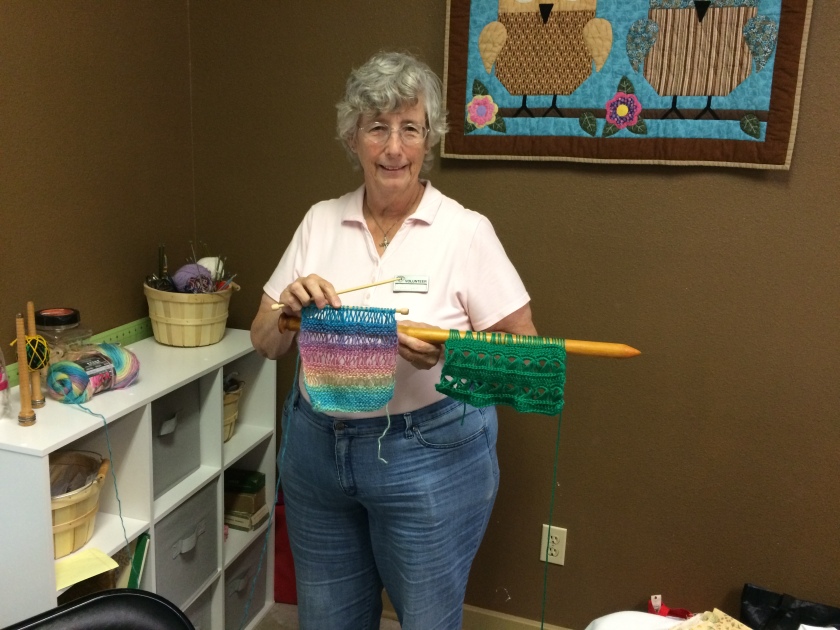 Chris Jacobs from Miami crochets broomstick lace which can be worn as a scarf. 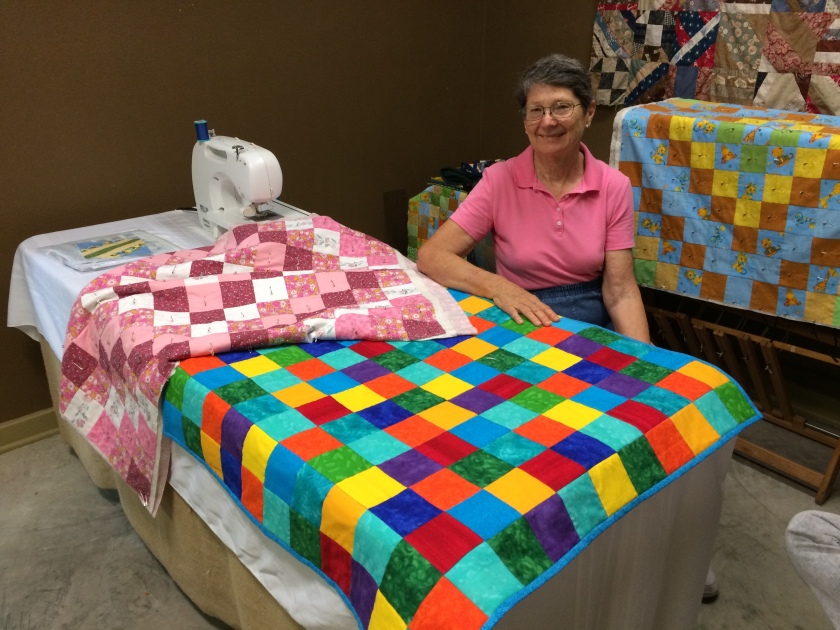 A quilt top hangs on the wall of the fabric arts cottage.  Someone rescued it from a dumpster in Live Oak.  This quilt top was sewn from remnants of old clothing thought to be over one hundred years old.

Antique shops are a great place for folk art.  The Adams General Store in nearby White Springs is worth seeing. Built in 1865, the building contains unbelievable finds. But go early, due to a lack of air conditioning.

I can’t conclude this post without some mention of the Suwannee River. Unlike Foster, I did see it.

The Suwannee is considered a black water river. Originating in Georgia, the river flows south through forested swamps. Decayed vegetation stains the water the color of coffee.  At Big Shoals, located outside of White Springs, a nine foot drop in elevation creates class three rapids. Here, the natural brown color of the water is more evident.

At age 37 Stephen Foster experienced a persistent fever which resulted in his death. He died in 1864 with thirty-eight cents to his name.  And like the deep Suwannee River, Stephen Foster’s melodies live on today.

Debbie Burton is a children's author and award winning poet. Her first book, "Buddy the Beagle on Blueberry Street" (Elk Lake) is available through Barnes and Noble and Amazon. View all posts by debbieburton.blog

6 thoughts on “The Folk Art of the Suwannee River”